First, a group member tilts down a battery-powered fan. Because the fan is too weak to push anything with air, we had to figure out how to use it differently. We decided to angle it to use the blades to hit something down a ramp. The fan pushes a toy car over the tape stopping it from falling down the ramp. The car falls into the cup which is attached to a pulley system that is tied to a domino. The domino is lifted up and holds up a track with a marble on it. The marble rolls down a ramp into a tube and knocks over a row of dominos. The Dominos knock a marble onto a sideways track that leads into a wall. The marble hits the wall and slides into a paper towel roll, which leads to a funnel. The marble needed to be stopped somehow before it got into the funnel, so we cut the bottom out of the end and folded the top down to act as a wall. The marble hits the wall and falls into the funnel. There are ramps taped in the funnel so the marbles spin around instead of going straight down. There are a few marbles sitting stuck on the ramps and they get pushed by the falling marble. The marbles fall down the funnel onto a track with a domino at the end. The marbles knock the domino off which falls onto a weight which is perfectly balanced to where the center of gravity is JUST still on the ledge. The balance makes the weight easy enough for a marble to knock it off. The weight falls down onto a teeter totter. This plank has a skewer attached to the other side. The weight of the… well… weight, pushes the skewer up with enough force to pop a balloon hovering above it. The balloon being popped is the final step.

I was very interested in this project and tried to make as many steps as I had time for, but the project still ran pretty short. We decided to choose quality over quantity.

Difficulties and challenges encountered during the build:

Limited resources, never able to work on it for more than an hour at a time, more listed in video. 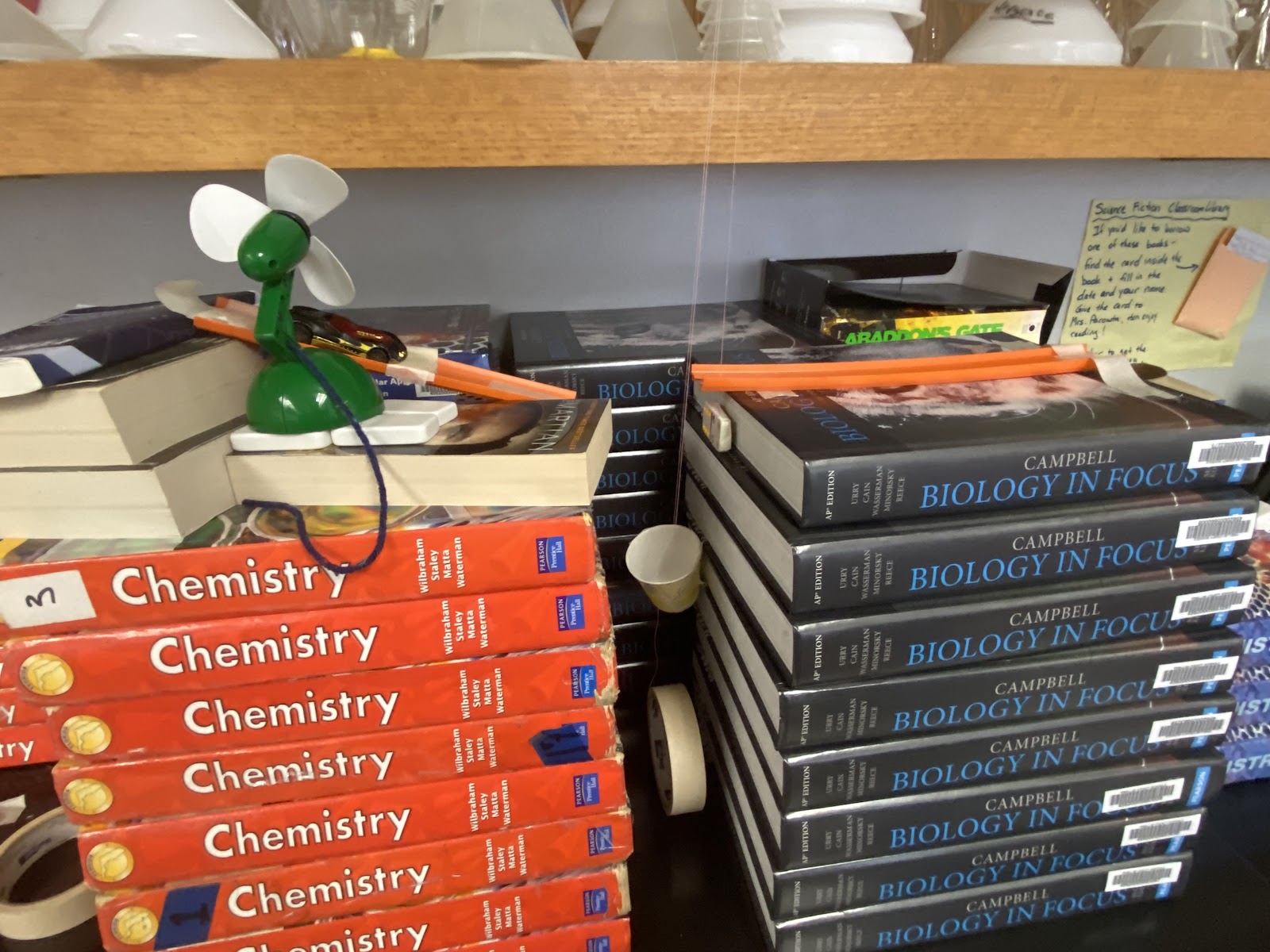 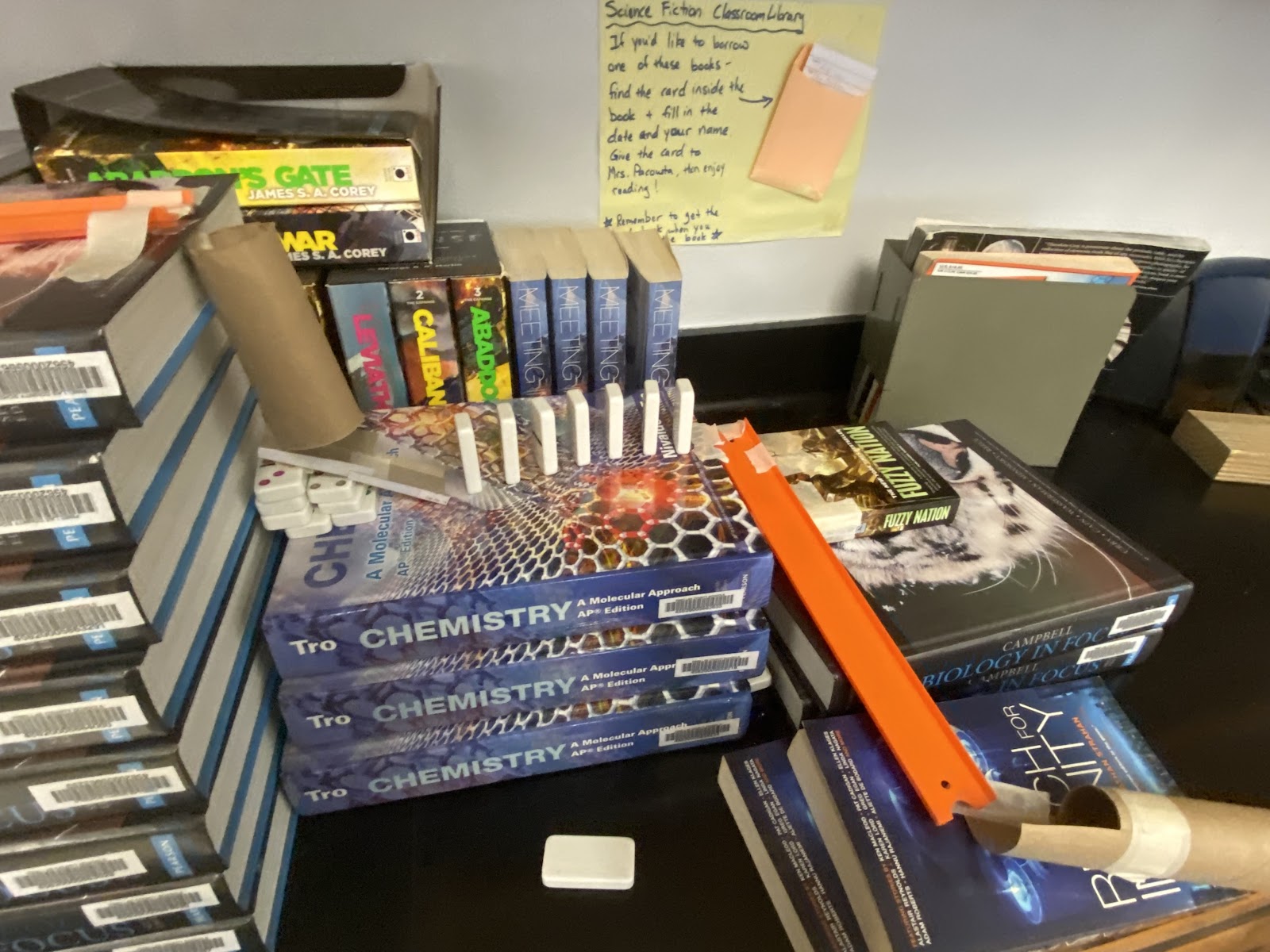 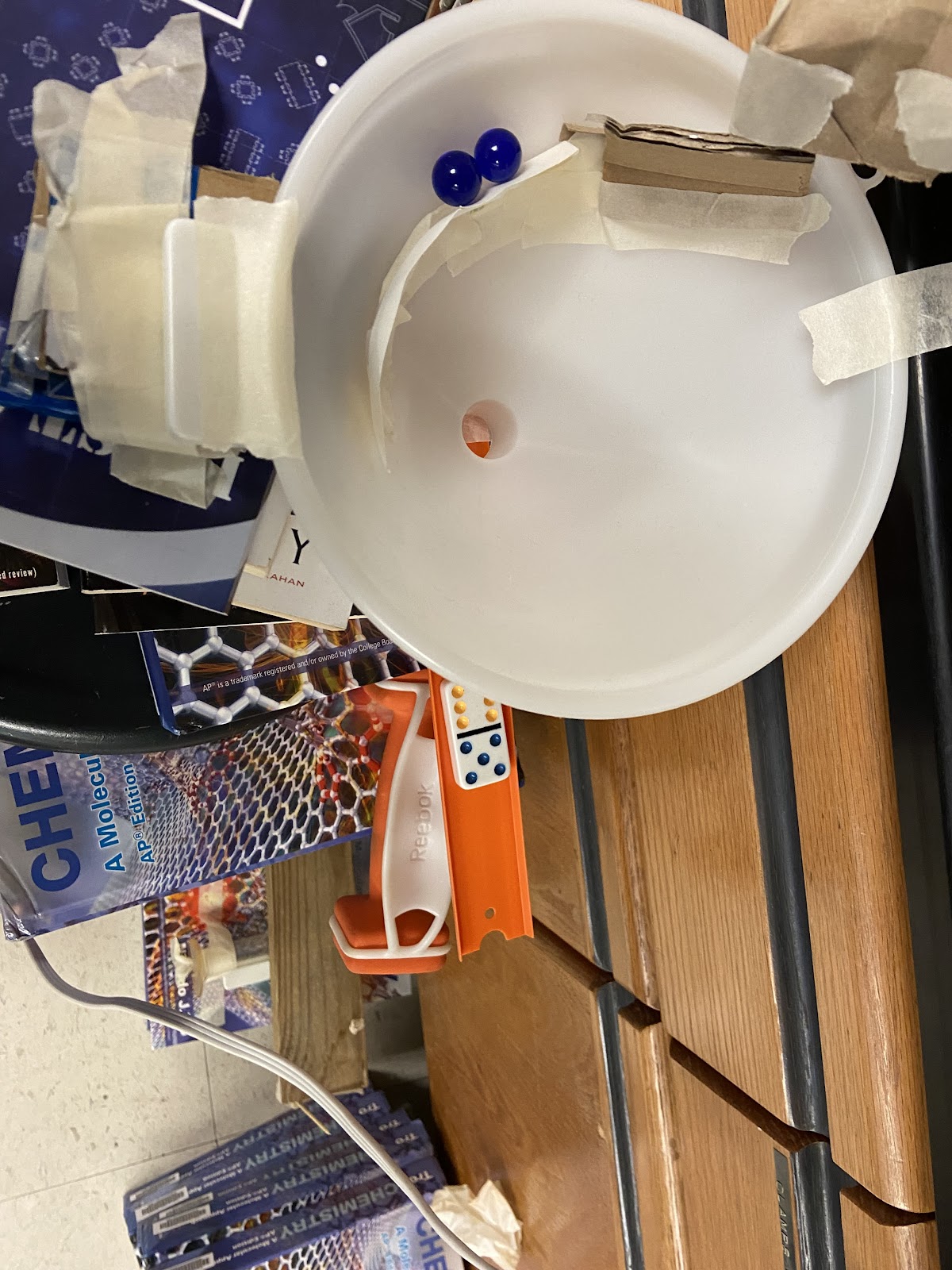 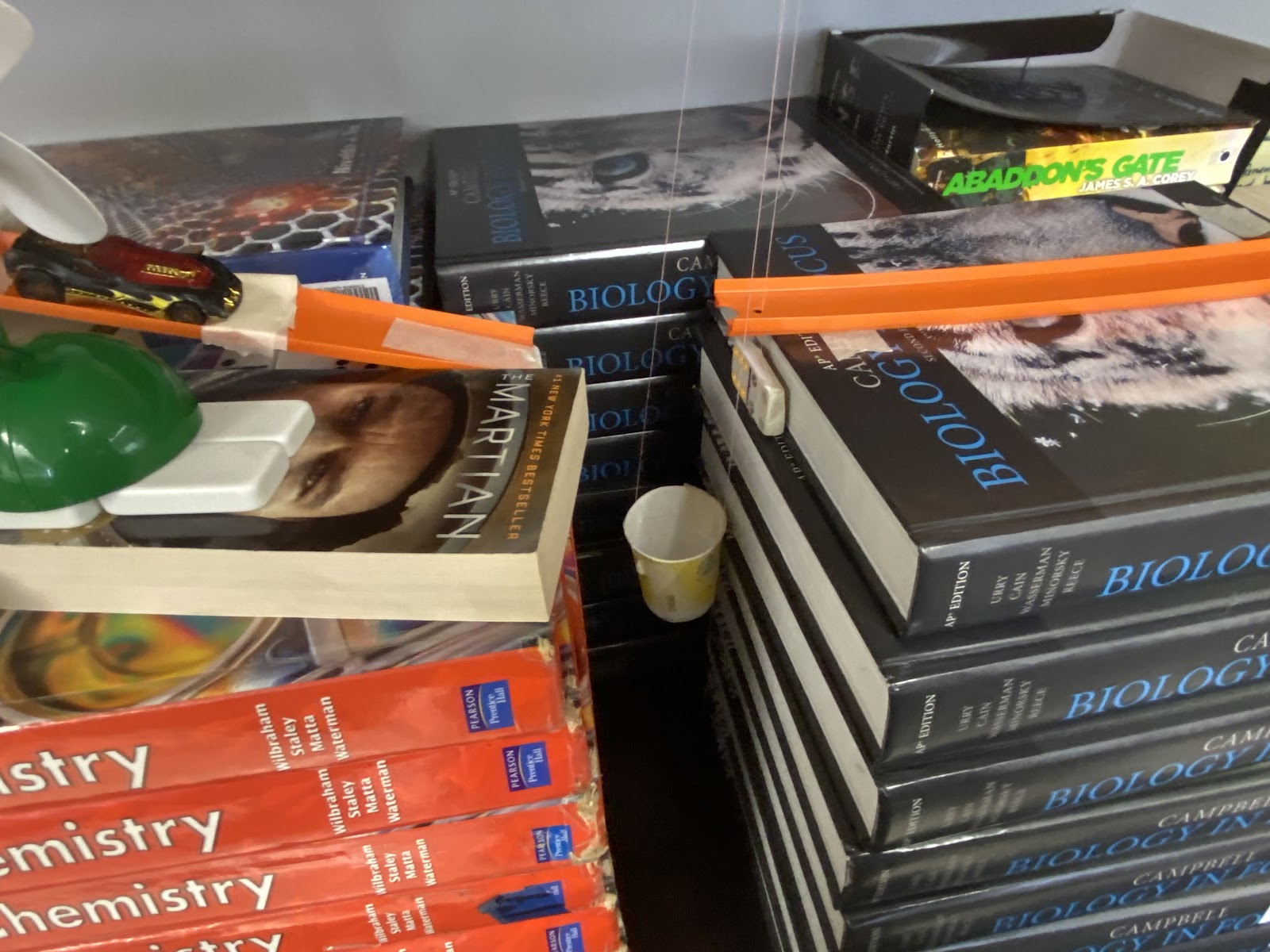