Our team decided to make a portable solar workstation for construction workers at construction sites. The reason we chose this was because in Florida construction is very abundant, especially with construction on busy roads such as I-4. Our workbench has a solar panel that can easily be used to charge anything other than what it is currently hooked up to, a nice flat flat table to lay out blueprints or use tools like circular saws, and it also has room on the bottom of the workbench for storing this like tools, materials, etc. keeping whatever you might need safely stored away. Around the storage we have some fabric that can be taken off or put back on easily. This build contributes to reducing pollution because it uses solar energy, which is renewable so instead of workers having to use generators that consume a lot of gas and release fumes they can have an environmentally friendly solar panel.

A few teachers helped us wire up the solar panel and figure out how we were going to have the solar panel sit on the table. Our parents helped by setting up cloth around the storage area and cut pieces of wood.

4/4/22 – We started planning for 45 minutes and finally decided on an idea and how we were going to do it.

4/5/22 – After deciding what we were going to do we decided to begin getting materials for our project.

4/7/22 – We started building and quickly realized we would need to change the design to fix some problems.

4/11/22 – After re-designing our build we decided to make the solar panel detachable with supports instead of it being above your head.

4/12/22 – We began removing the parts of the workbench we didn’t need and started adding the solar panel supports.

4/14/22 – After setting up the supports we wanted to make the workbench look nicer so we added some fabric around the sides to both protect what was under the bench and make the bench look nice.

4/18/22 – When we thought we were done we realized we still needed to hook up the solar panel and got it hooked up but didn’t test it.

4/19/22 – One of us went to test the solar panel as the rest of us worked on the website making sure it was going to be done in time.

4/21/22 – Because we knew the solar panel was working we all worked on the website to make sure it was done.

The workstation can be used to: 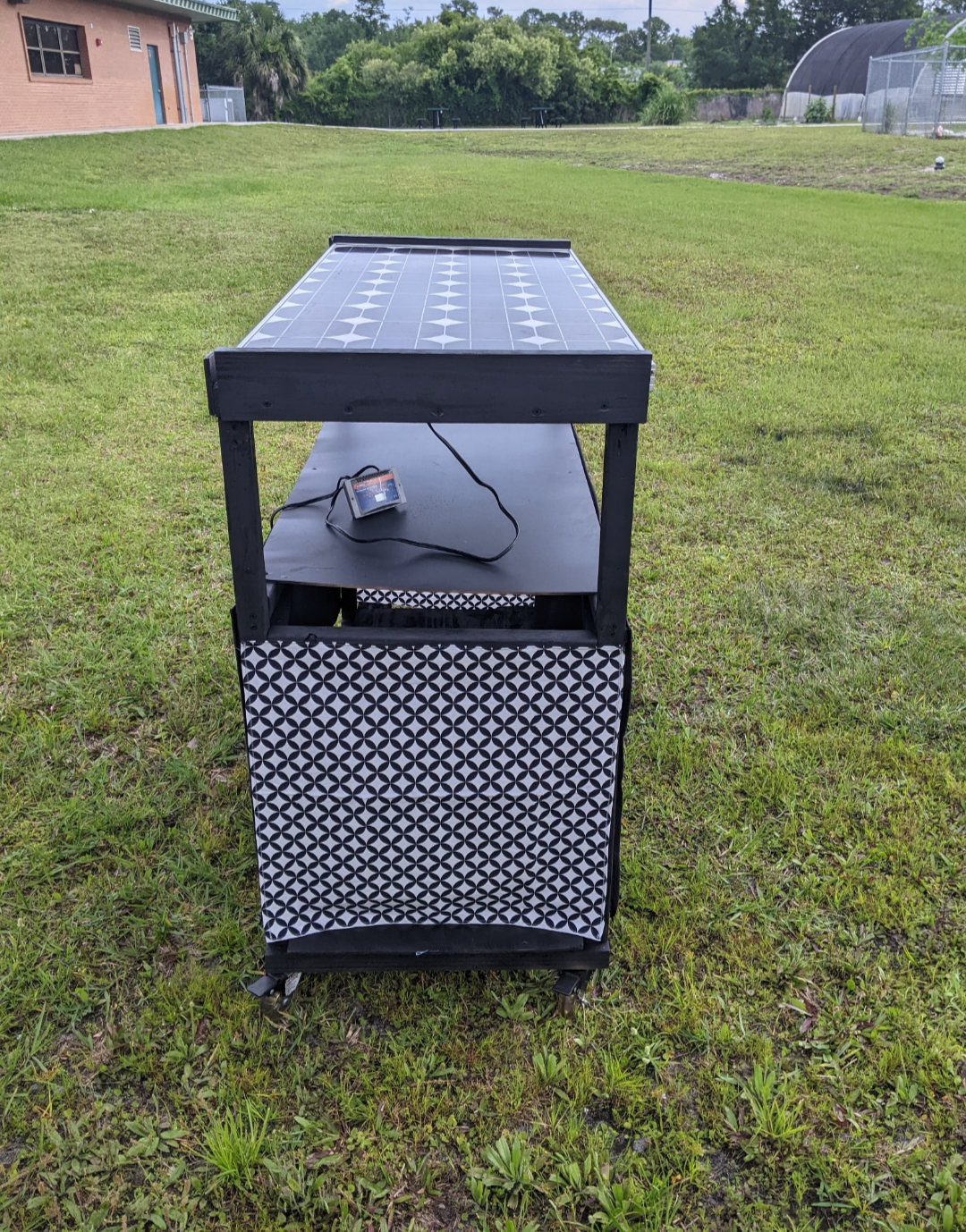 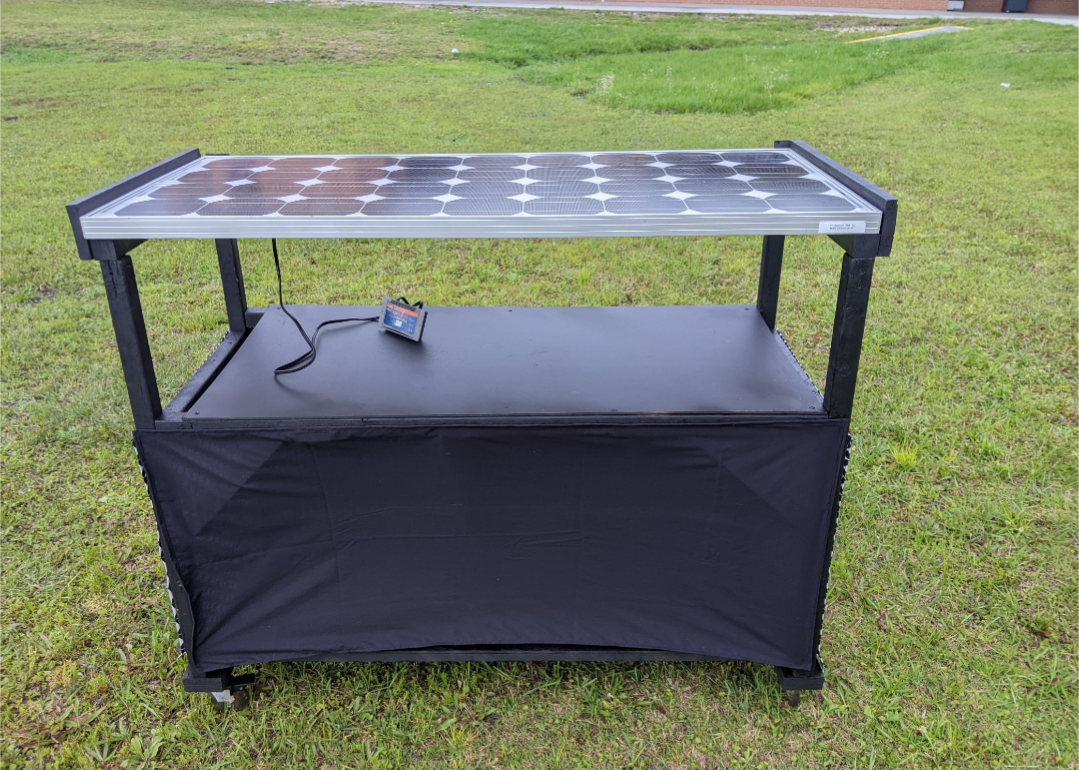 These pictures displays our workbench in one of the final stages of the design process.

This picture shows our design process and the team taking measurements to start building. In this particular photo we were measuring to see if the olor panel would fit on the workbench.